The ITBP building located in Mussoorie provides a wide ranging recreation medium besides the guest accommodation for the officials of border police.

The design motivation comes from the traditional style of the building originally existing on the site. The architectural language gets translated into an expression of the bold British architectural style of the Lutyen’s Delhi seen profoundly in Connaught place, Delhi. This also creates a strong statement symbolic of the essence and qualities of ITBPF (Indo Tibetan Border Police Force) besides the aesthetic and majestic feel of that particular style.

The building facade consists of stuccoed columns punctuated by arched windows. The entrances are framed by such columns and huge Palladian arches giving a feel of the classical pediment. This instills a sense of grandeur and history by providing an old-style character to the building. (136) 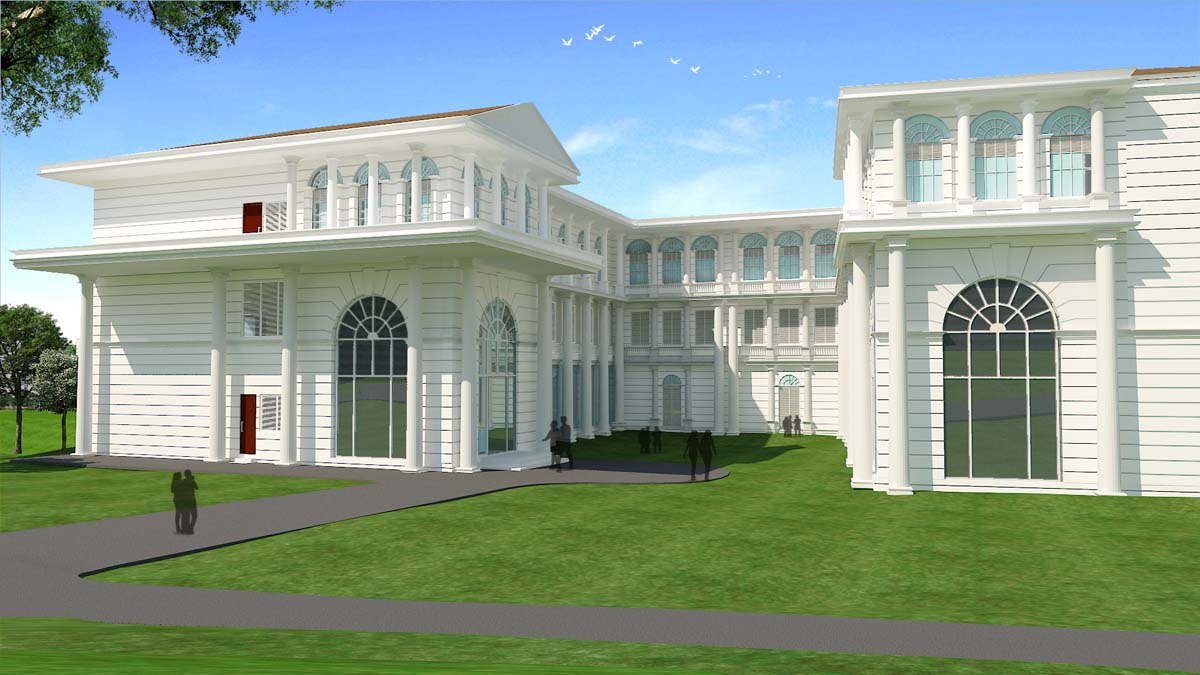